America lost a beloved son on July 21, 2020. Staff Sergeant Parker Gordon Fox died by suicide at his home in Columbus, Georgia at the age of 25. After graduating high school in 2012, he joined the United States Army in 2014, eventually working as a sniper after completing the U.S. Army Infantry School in Fort Benning, Georgia.

To prevent tragedies like the death of SSG Fox, Congress authorized a $174 million grant program named in honor of SSG Fox. 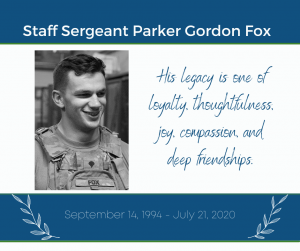 Known as the Staff Sergeant Parker Gordon Fox Suicide Prevention Grant Program (SSG Fox SPGP), the program offers up to $750,000 per grantee. The grants are awarded to community-based and government agencies to serve veterans at risk of suicide and their families. The grantees across the nation share one common mission – to prevent suicide among veterans by improving community outreach, offering suicide prevention services, and connecting veterans to community resources. Activities funded through the SSG Fox SPGP might include education about suicide risks and prevention activities as well as services including legal assistance, peer support, and health and case management services.

“Communities are important partners in our work to end Veteran suicide,” said VA Secretary Denis McDonough. “The Staff Sergeant Parker Gordon Fox Suicide Prevention Grant Program will fund programs in local communities that provide suicide prevention services and resources to Veterans and their families along with ensuring Veterans have access to our community partners who know how to reach them.”

The opportunity to apply for funds was announced by the U.S. Department of Veterans Affairs on April 15, 2022. The Arizona Coalition for Military Families (ACMF) partnered with the Arizona Department of Veterans’ Services (ADVS) to apply for funding through this program. In late September,  ADVS was notified that the application was awarded the maximum annual amount of $750,000.

“We’re incredibly honored to have this opportunity to honor the legacy of SSG Fox,” said Thomas Winkel, Director of the Arizona Coalition for Military Families. “Through the continued work with the Arizona Department of Veterans’ Services, we’re dedicated to ensuring that every service member, veteran, and their families in Arizona are aware of and know how to access services, support, and resources to prevent further loss of life.”

The ADVS and ACMF project will focus on three lines of service: outreach to veterans in communities statewide, High Acuity Care Transition, and Coaching into Connection. All three of these lines of service address specific needs in our veteran community and are aligned with the Be Connected upstream approach and risk reduction strategy.

The SSG Fox SPGP program is part of the larger Commander John Scott Hannon Veterans Mental Health Care Improvement Act designed to connect more veterans with mental health care services. Throughout his naval career, Scott earned numerous awards, including the Bronze Star. After a 23-year career, he retired from the U.S. Navy in 2012 and began a prolific career as a volunteer in a variety of causes including wildlife rehabilitation and assisting other veterans. He died by suicide on February 25, 2018, at the age of 46. The Commander John Scott Hannon Veterans Mental Health Care Improvement Act directs the U.S. Department of Veteran Affairs, among other steps, to develop a staffing plan to increase the number of mental health counselors, improve access to mental health care for veterans living in rural areas, study the integration of therapies including yoga, meditation, acupuncture, and chiropractic care as well as agriculture, sports, recreation, and art therapies, and facilitate better collaboration with community organizations already serving veterans, with a goal of early identification and supportive prevention services for veterans at risk of suicide. 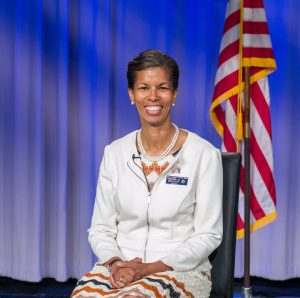 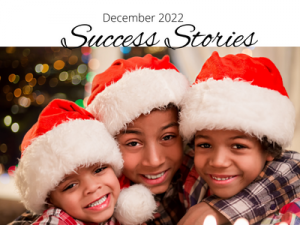 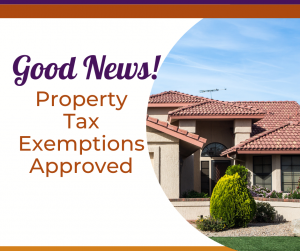