A Conversation with Dr. Jon Perez

A founding member of the Secure Your Weapon development team discusses how he coined the phrase and shares how the initiative was born.

Literally hundreds of millions of dollars and years of effort have gone into veteran suicide prevention, without much positive movement. Clearly something was missing. But what, and how to address it?

Two years ago, a couple of colleagues involved in veteran suicide prevention were at lunch discussing the messaging for veterans suicide prevention. It always seemed off… and off-putting to them. Pretty common were phrases like, “If you need help,” “If you are in crisis,” “For your safety,” and so on. They always seemed to come at the situation from an angle that, unfortunately, implied a lack of trust in and portrayed veterans as fragile and needing help. Given that approach, then, it was no wonder that portrayal did more to turn veterans off than actually engage them with this well-intentioned, but off-putting messaging. Jon Perez, Ph.D., a veteran, and clinical psychologist, was one of those at lunch that day. “I was increasingly convinced well-meaning people developing messaging around veteran suicide prevention and weapon safety were generally not members the veteran community they sought to influence, and it seemed clear from their messaging they didn’t quite ‘get it’ or get us – as veterans,” said Perez.

But how to do it differently? That was exactly the conversation that day around the lunch table. At one point in an animated exchange, Dr. Perez said, “Look, all you need to do is secure your damn weapon.”

Perez goes on to say, “To this day, I don’t really know where it came from, ghost from 1SG days maybe, but it was one of those moments you know you touched something important, the type of moment that potentially changes the game.” Those in the group looked at each other thinking, well of course that’s all we need to do…but is it really that straightforward and, if so, why hasn’t anyone done it already? Good question.

“We believe ‘Secure Your Weapon’ is iconic and immediately understood by anyone who has ever served. And it’s so much more than a phrase, it’s a cultural expectation representing how we behave. It’s simple, straightforward, and always obeyed without personal offense. Secure Your Weapon. Roger. Done. It is our heritage as veterans. After all, we know more than the civilian community that weapons really are dangerous. They’re kinda made to be that way, you know? And a very important point not generally appreciated outside our community is they are also tools of our trade: indispensable, always maintained, protected, valued, and even revered,” shared Perez. “Speaking personally, I’m thankful for mine. They helped keep me safe and get home from some difficult places.”

It is his and other’s opinion that veterans view weapons differently from the civilian community. They are, in a matter of speaking, battle buddies, partners, an extension of themselves. They bond to their weapons in a way that makes them react quite strongly when someone suggests separating them. That’s a normal reaction and that’s exactly the messages of years past that never really resonated with him and fellow veterans.

Secure Your Weapon was developed by a veteran, for veterans. It takes into account the personal relationship and utility that weapons have and will continue to have in the veteran community, and it does so without political stance, personal threat to take them, or any intent to frame the veteran who owns them as dangerous, weak, unstable, etc. None of that at all. Rather, it promotes the safe and responsible carrying, transporting, and storage of weapons at the military standard for safety. That’s it, it’s the norm. Nothing at all unusual…or cause for any concern.

Two years after that lunch conversation, it’s been a long road to make an offhand comment about a program turn into a real social marketing campaign. At first, the idea grew organically, mostly word-of-mouth with a core of highly knowledgeable people. These weren’t just any people, these were people who are working day in and day out in Arizona on behalf of veterans. They know veterans. They are veterans.

Together, as a leadership team, they kept crafting and refining the message and developed the program behind the slogan. The team consulted with a wide array of people and interests, from firearm retailers and shooting ranges to people on all sides of the weapon issue. Not to mention – lots of veterans. According to Dr. Perez, “Pretty much anyone (veteran) we ran into we asked what they thought of the concept. At the same time, we were also consulting the science and research about weapon ownership, access, and suicidal activity.”

But they also took it a step further to engage veterans and leverage the military service that provided an exceptional level of training and familiarity with weapons. Veterans know weapons intimately from the inside out. There was a real desire to not only acknowledge this expertise, but to enlist veterans in helping pass that knowledge on to others for the benefit of the larger community.

Because veterans inherently understand weapon security, Secure Your Weapon encourages and invites those who are willing to share their expertise with the larger community to remember those hard-earned lessons and teach others.

“As we investigated this further, it became clear that if all of us work together to help lead the effort, we’ll have a safer community by utilizing our expertise,” said Perez. “We are members of a special community that has experience and expertise to share. Furthermore, we are needed. Our knowledge of and experience with weapon safety, regardless of whether it was gained decades ago or even a few months ago, has a valuable purpose. The very act of calling upon our fellow veterans to share what they know can provide a sense of purpose and, perhaps, mitigate some of the isolation and withdrawal we see in many of our comrades. Through Secure Your Weapon, we are inviting every veteran to continue to contribute beyond ourselves to that Greater Good, which is another hallmark of our shared military tradition.”

Finally, to work best this should not be a single tagline effort. Rather, while it is a tagline, it is also a larger initiative that can connect those involved with the systems already in place to provide resources, benefits, and support in all areas such as employment, housing, job training, education, benefits, mental and physical wellness and much more. The collaborators named previously represent that commitment to provide those connections. So, as service members, veterans, and their families are reached with the message of Secure Your Weapon, they also discover there is an entire group of people, many of whom are veterans like them, leading organizations that deliver direct services to them as a benefit of their service to this country.

In closing, Dr. Perez commented, “So, as this rolls out, will it work? Not sure, and you know what they say about battle plans, so we know there will be improvements and enhancements after we launch, but I’m placing a rather large professional and personal bet that it will, and I hope my fellow veterans join us to help lead the way.”

Special thanks to our guest contributor:

Dr. Jon Perez serves as the Chief Operating Officer for The NARBHA Institute, bringing a rich background of experience in clinical psychology and nearly 30 years of federal behavioral health service from direct care to policy and program management in the U.S. and abroad. He also has multiple Joint Force deployments including serving as behavioral health chief aboard USNS Mercy during initial U.S. tsunami relief efforts in Aceh Indonesia in 2005 and as the Senior Liaison Officer between coalition forces and the Afghanistan Ministry of Public Health from 2007 – 2008. 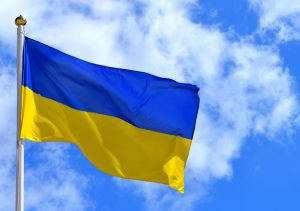 Checking In About Recent Events 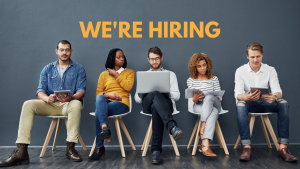 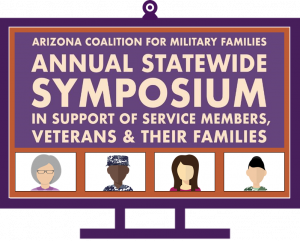 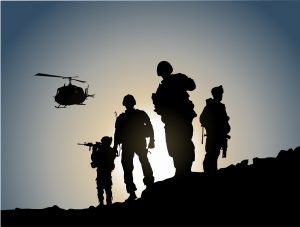